Here's a good icebreaker for a team-building event. Have the participants write their full names on a flipchart. Then ask them to explain the meaning of their names. I'll go first.

(1) Melcher. This is my father's name. He was born on a farm in Nebraska and was the first in his family to go to college—he almost decided to be a carpenter rather than go to college. He was 2nd out of 8 kids. His grandparents were from Germany, most likely Bavaria. He's a retired professor. 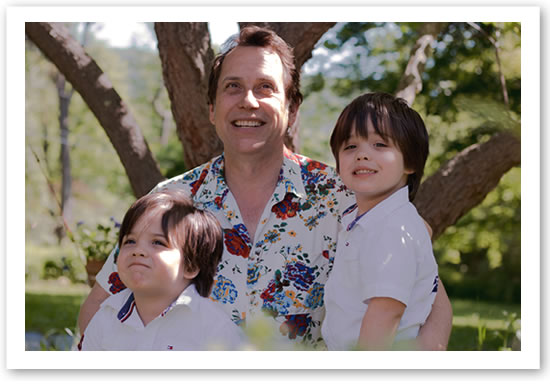 (2) Urtuzuástegui. This is my mother's maiden name. She was born Maria Trinidad Urtuzuástegui and grew up in Somerton, Arizona, a small town near Yuma. Her parents were from Chihuahua, Mexico and our family line was probably originally from Sinaloa. My mom was 11th of 12 kids, although only six lived through adulthood. Like my father, she was the first in her family to go to college and is also a retired professor. My mom was the first Hispanic woman in the U.S. to get a doctorate in accounting.

(3) Francis. This is after my maternal grandfather, Francisco, who was a man-about-town and entrepreneur. Several of my older aunts and uncles spent parts of their childhoods working in the fields in Arizona but eventually started businesses.

(4) Michael. The most common boy's name the year I was born. I like it. People who met me before the age of 21 call me Mike.

Like 40% of the Mexican-American people in the U.S., I have a mixed heritage. My parents were divorced when I was young and I was raised mostly by my mom. I am very interested in questions of diversity, identity, and immigration.

FAQ's on my heritage

Question: What kind of name is Urtuzuástegui?
Answer: It's Basque. Lots of people in Northern Mexican have Basque surnames.

Question: You don't look Mexican.
Answer: What does a Mexican look like? Mexico is a mestizo culture, with a range of coloration from Indian to European.

Question: I thought you were Jewish.
Answer: Many of my favorite people are Jewish, so thanks for the compliment. On the other hand, it would be nice if, when people saw someone with olive skin, dark hair and eyes, and who seemed pretty smart and together, they said, "Oh, you must be one of those half-Mexicans I've heard so much about."

Question: Do you speak Spanish?
Answer: Yes. But because I studied it for many years, not from speaking it at home. Most of my maternal cousins grew up speaking Spanish. I am raising my sons to be bilingual. This is much harder than I anticipated but I am doubling down on the effort.

Question: What do you think of diversity?
Answer: I think it's great. Most people seem afraid to talk about ethnicity, class, gender, and privilege, but it is possible to do so in a useful way - there's a business argument and there's also a justice argument. Both are important.

Question: Why do you make a big deal about your heritage?
Answer: Because it's mine. And because most of the millions of Mexican-Americans and other Hispanics in the U.S. have not had their fair share of education and job opportunities. Empowered Hispanics have a responsibility to make the path wider, not just for us, but for everyone. Everyone deserves a fighting chance.

Question: What do you think of the term "Latinx?"
Answer: I can't stand it and don't use it. While its proponents say it's inclusive, I think it's actually neo-colonial and a denial of the culture and language of Latino people. It is another way that educated people oppress working-class people while claiming to be working on their behalf. But that's another subject for another day.

I help leaders develop their full potential, serve organizations and communities effectively, and be fulfilled in their life and work.

Coaching is a process by which another person helps you to explore, define and achieve what you want, using a specific, inquiry-based method. Trained and experienced coaches have expertise in how growth occurs.

Some of my thoughts on how to create a meaningful career and be an effective leader.  More…